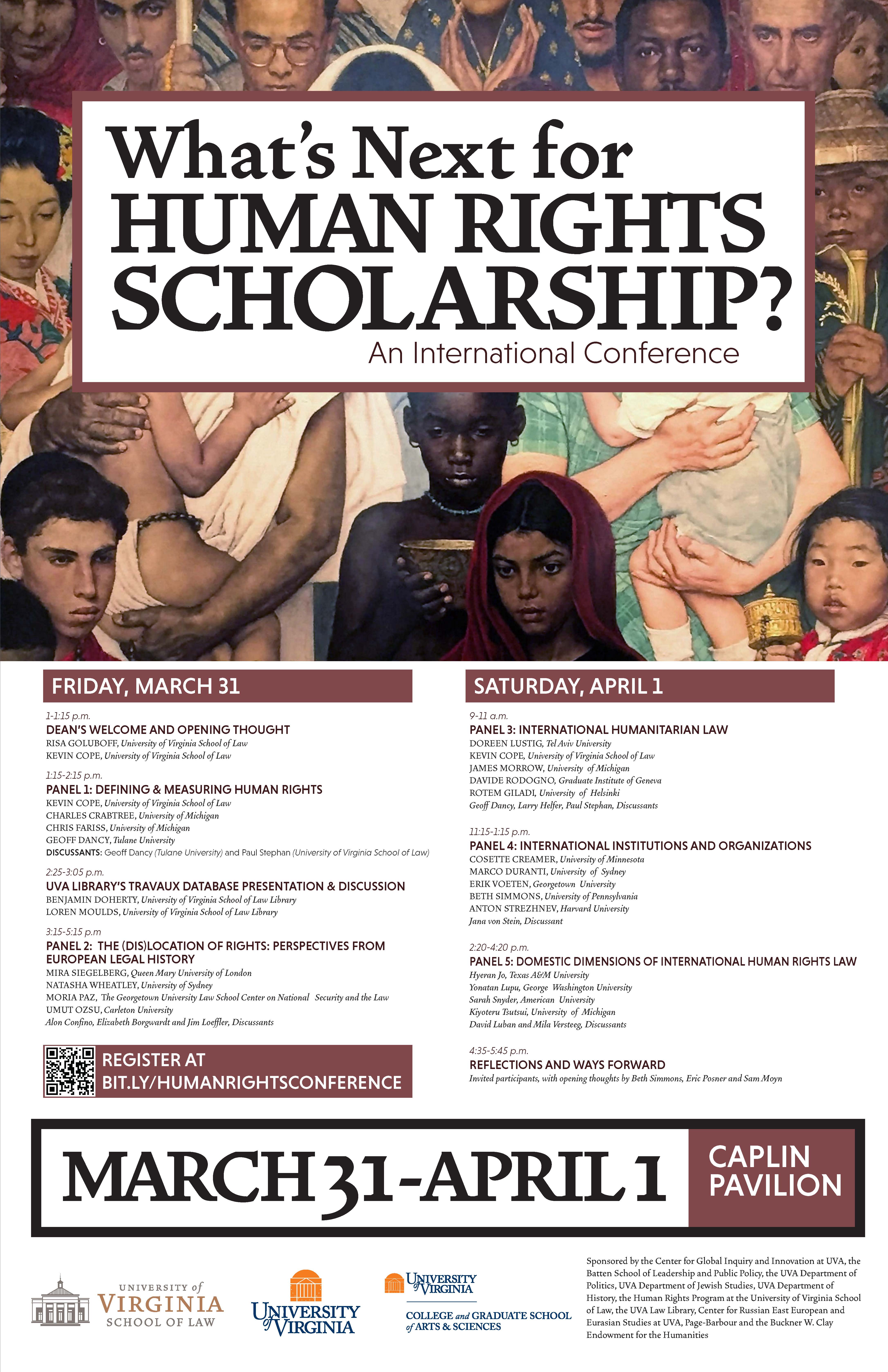 March-April 2017. This conference — held in a slow-paced Charlottesville only months before it would be awoken by white nationalist violence — was mainly a meeting of minds between political scientists and historians. I had the great honor of getting to discuss work by Elizabeth Borgwardt, and I also had the pleasure of sharing ideas (and drinks) with James Morrow, Erik Voeten, and David Luban.

Perhaps the highlight of the conference was kicking back post-conference at Mila Versteeg and Kevin Cope’s modern rustic home, a building that was converted from a Confederate uniform factory to a livable academic space. But I have to give a shout out to Chris Fariss, Charles Crabtree, Yon Lupu, and Cosette Creamer, who made sure to keep the party going each night.

Which reminds me. While a group of us were watching the NCAA Tournament, I heard the song “Head Over Heels” by Tears for Fears. This would be unremarkable, save for the fact that I had heard it the night before in a different bar. Being folksy, I would describe this as “dumb luck” or “a strange coincidence.” However, Yon Lupu, who is powered by a John Nash-like left brain, called this a “low probability event.” Indeed.

Close Menu
We use cookies to ensure that we give you the best experience on our website. If you continue to use this site we will assume that you are happy with it.Ok